The premise of accessory dwelling units, or ADUs, is not a new thing at all. Prior to the advent of automobiles, many more affluent properties also featured a coach house, where their coach or buggy and horses were stored. The coach driver, who was also usually a groom, lived above the stable in “the coach house.” Or the very wealthy could also have a “gatehouse” where the gatekeeper or groundsman for the property would live. These outbuildings with living spaces were then followed by the garage, again, often with an apartment attached to the garage or as a second story or loft over the vehicles.

ADUs have appeared to have grown hand-in-hand with the housing crisis, particularly on the West Coast in metro areas like Los Angeles and San Francisco.

John Geary, co-founder of Abodu with his partner, Eric McInerney, specialize in building ADUs. Like with anything, you can always find the proof in the numbers.

What exactly about this legislation created such an unprecedented growth in a previously slow area?

Due to the growth seen on the West Coast, many realtors are now beginning to list ADUs, or at least the space for one, with their other amenities.

So how can you be wise when considering an ADU?

Look at your intended use. The two most common uses for an ADU are family housing for elderly or visiting family or use as an additional rental property to generate income, followed closely by an alternative work space or hobby area.

Size does matter when it comes to ADUs, which are larger than most tiny homes, which typically measure 400 square feet or less, often with wheels to move it. ADUs, while they have to be smaller than the main house on the property- hence accessory- usually average 500-800 feet. The goal, you have to remember, is to balance being large enough for living quarters, but small enough to fit in the backyard comfortably. 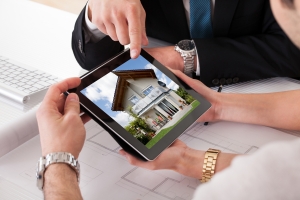 The construction of your ADU can be either stick-built or prefabricated, just like the main house. The type of construction and quality of materials, including energy efficient options like tankless water heaters, solar panels, etc, will also obviously affect the price, which can range from $50,000 for some prefabricated models up to $250,000. Most homeowners tend to land somewhere in the middle in the $100,000 range.

Where the jury is still out is on the long term return on investment. There is not yet enough data to calculate how an ADU increase a home’s value. While they definitely help with resale value, “the increase won’t yet cover the entire cost of the purchase or work done,” cautions Peterson.

Want to know about the ADU policies in your area? Have a question or want to get started? Give us a call or click the link below.

Find Out More
Scroll to top